RUMPS was a parent/skater group that helped our skaters raise funds for out-of-town competitions. 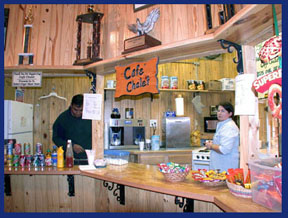 In 1980, a small group of parents decided to get together to raise money for their ice skaters. They thought they might be able to raise some funds by hosting some sales at our local MVDC competition. They set up some tables outside to sell concessions. One parent had a home video camera -- he taped the entire competition, and skaters were very excited to be able to purchase a video of their skating. Another parent was talented at drawing; she drew miniature ice skates on gloves and hand towels, which were then offered for sale. One grandmother owned a flower shop and gave lessons in making bouquets to sell to skaters. One parent with a home computer and the help of a local printer printed the names of all the competitors on the back of sweatshirts -- making this the first skating competition to offer this popular item. It was a success.

This informal group took on the name Robert Unger Moms, and PopS (later changed to Robert Unger Moms, Pops, and Skaters) or RUMPS, and continued learning and growing. A local restaurant became involved and gave much time and material to help make concessions sales at the competitions a success. The parents decided to get the kids involved and to expand their fund-raising activities. They hosted a spring and fall rummage sale -- everone donated their goods to help make this a big success. With the kids, they hosted car washes and a skate-a-thon, and they sold doughnuts in the mornings.

RUMPS, with the Ice Chalet's approval, opened up regular concessions sales during Friday and Saturday evening public sessions. They started with a few tables, a double oven, a sink, a popcorn maker, and a crock pot. With Larry LaBorde's ingenuity, these items were installed on rollers and were put away after each session!

In the summer of 1999, Larry LaBorde and the Ice Chalet built the concession stand, donating all the labor and materials costs. RUMPS began adding professional equipment and selling concessions during all of the weekend public skating sessions.. 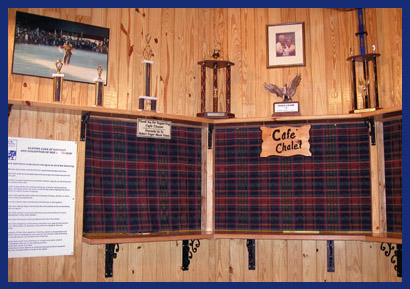 Robert Unger provided tremendous support to the volunteers of this organization -- without his blessing, this group would never have had the opportunity to thrive. In return, RUMPS promoted the skaters and the Ice Chalet skating school programs by donating time and monies earned. RUMPS helped the Ice Chalet host various holiday parties at the rink, acted as ambassadors for the Knoxville Christmas Parade, and provided manpower to run the Nutcracker On Ice each winter and the annual competition each Spring. One of the most important aspects of this group was to promote an important premise of Mr. Unger's: an environment of team spirit and extended family.

In 2003, leaders saw a need for a non-profit club to continue the growth of their fund-raising activities, so the Ice Chalet Skating Club of Knoxville was formed, and in 2009, RUMPS and the club were merged into one organization. If you would like to join the club or just help with some Ice Chalet activities, more information is available on the club web page: iceskatingclub.org

Thanks to the strong leadership of RUMPS' early organizers, the Ice Chalet has a strong sense of community and volunteer participation. We hope that tradition continues for many years to come.